A schematic of the SuperPower HTS tape’s architecture is shown below in Figure 1.

The HTS tape consists of a Hastelloy based substrate which is electropolished to give the fine surface finish necessary for subsequent depositions. After electropolishing, five buffer layers are deposited sequentially in order to provide multiple functionalities including diffusion barrier to elements from the Hastelloy substrate, lattice matching and the critical preferential texture required for later growth of the superconducting layer. Four of the five buffer layers are deposited using magnetron sputtering. The preferential texture is achieved using ion beam assisted deposition (IBAD) on the third MgO buffer layer. All of the buffer depositions are done using a reel-to-reel deposition system. The next layer to be deposited is the rare earth based barium copper oxide [ (RE)BCO ] superconducting layer. This is done using a metal-organic chemical vapor deposition [MOCVD] system in which the buffered tape is translated across a heated surface while the precursor vapor is pumped into the system where it reacts to form the oriented (RE)BCO film on the textured buffer stack. The precursors are mixed as a “cocktail” that is pumped into the reaction chamber, vaporized and then flowed through a showerhead to disperse the vapor over the heated substrate as it translates through the system. Additional flux pinning to increase in-field current density is introduced into the (RE)BCO structure by adding Zr precursor to the “cocktail” resulting in the formation of BZO columnar structures in the film.

After the (RE)BCO deposition, the superconductor is sealed with Ag using cylindrical magnetron sputtering. This silver layer protects the (RE)BCO film while providing good electrical contact and the ability for oxygen to diffuse into the (RE)BCO during a subsequent oxygen anneal. Up until this point, all of the processes are run at 12 mm wide. Post processing options after this point include mechanical slitting to smaller widths of 2, 3, 4 or 6 mm. Additional copper stabilizer is added using electroplating with thicknesses ranging from as little as 5 μm total to over 100 μm total copper thickness. Thicker copper stabilization or additional reinforcement are available using a clad process.

The tapes are characterized at various stages of production for their critical current throughout their length by both direct transport critical current (Ic) measurement over 3 m intervals or by a calibrated non-contact magnetization technique, "TapeStar". 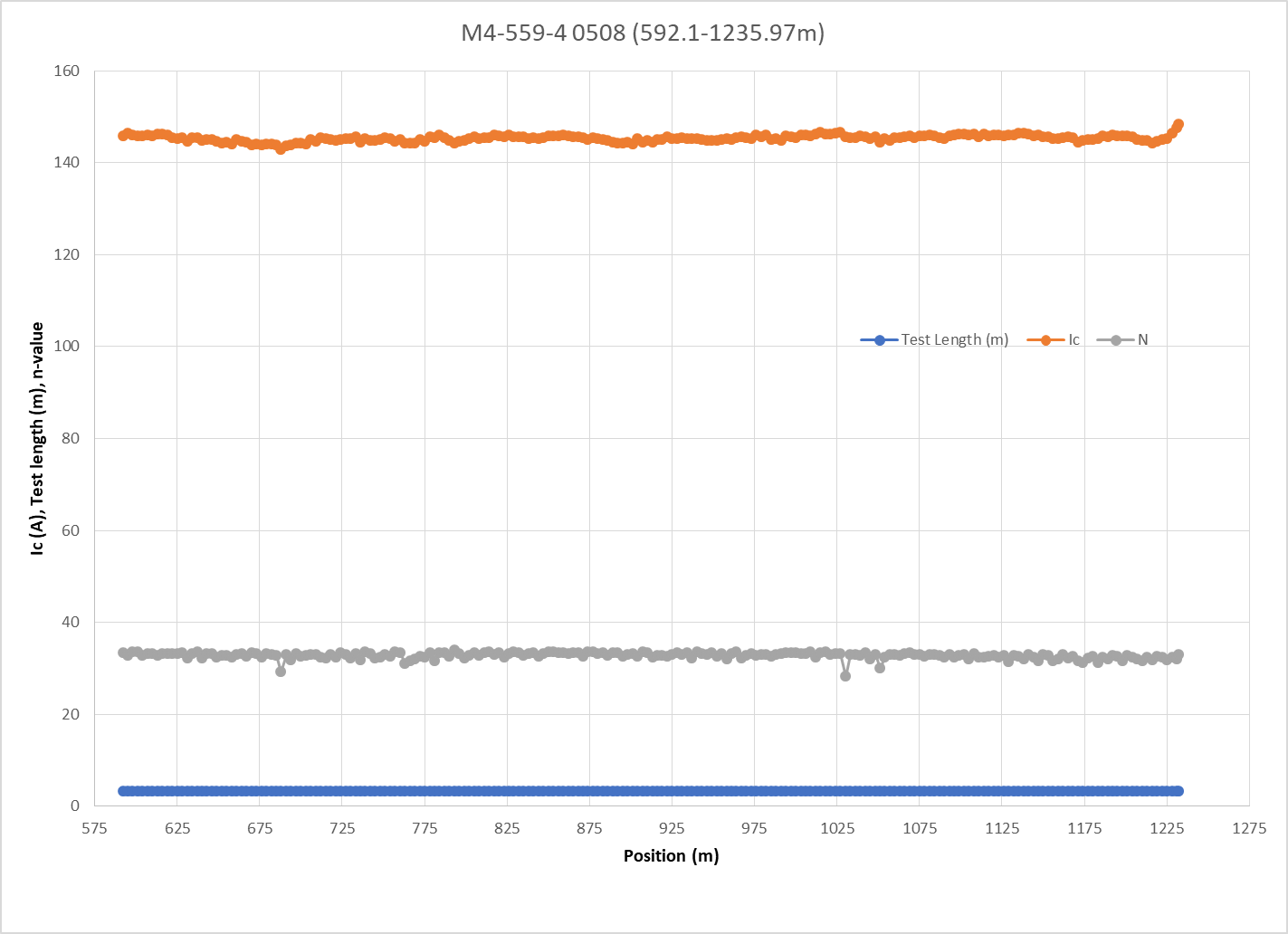